JT Hazzard chose FilmConvert to get the classic black-and-white Hollywood cinema look for Meghan Trainor’s new music video for her single, ‘After You’.

I fell in love with filmmaking when I was 4 and saw that scene in Star Wars when Vader tells Luke he is actually is his father. That was it for me, I knew I wanted to tell stories like that.

I’ve been making films since I was old enough to hold a camera and later attended the Orange County School of the Arts where I studied film for several years in high school. My senior thesis film was requested to screen at the Newport Beach International Film Festival back in 2014 and after seeing my film screened in an actual theater I was hooked.

Since then I have become the co-founder of a video production company called MYTH Industries. Along with my producing partner Max Young, our company has produced content ranging from online and social media commercials to music videos for Sony Music & Epic Records, Asylum Records, Roc Nation, and more. Our videos have been featured on MTV, BET and Hard Rock.

I do the majority of the cinematography and editing for our company’s pieces, so most times the final look of the project is up to me. I love having FilmConvert because it allows me to add that extra character to pieces when I feel like the digital look just doesn’t quite cut it, as was the case with this Megan Trainor video.

My company was hired to make this project after we had a conference call with the amazing director, Charm La’Donna. We basically talked about all the things she was trying to accomplish with the piece, what Meghan wanted, described the dancers and what she wanted to highlight with them and once we were all sure that we were on the same page, it was just a go from there.

On the day of, Sean and Kaycee, the amazing dancers, came prepared with choreography, Charm and I blocked out the dance throughout the historic house we were filming, and we just made it happen from there. All in all, it took us 5.5 hours from the exact time we showed up to the time we closed the door on the van and were heading out. I truly feel like the only reason it came out the way that it did was because we were working with such talented people that it just flowed so naturally. 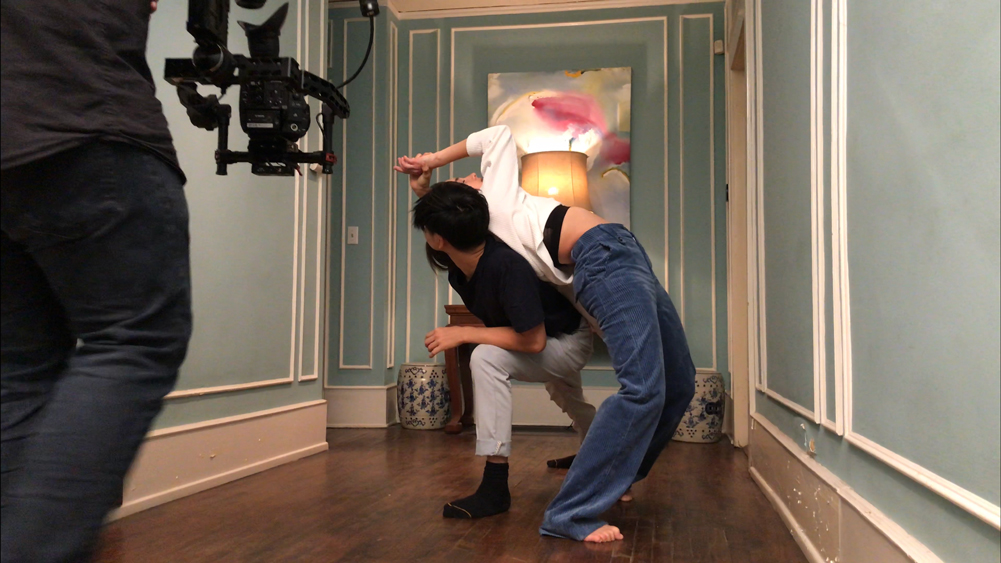 I don’t even remember how I found out about FilmConvert. I think I may have seen it on a Film Riot episode or one of those YouTube film shows. All I know is that once I heard about it, I immediately went to the site and downloaded a trial. I loved it! My wife ended up buying it for me a few days later as an anniversary present after hearing me talk about it all the time.

I decided to use FilmConvert on this project because Meghan Trainor specifically requested a “black & white old Hollywood look.” I actually started doing photography on black and white 35mm film when I was 8 years old. My dad was always into it so he wanted to teach me. But my dad always liked to teach me the hardcore way, so at 8 years old he put a vintage film camera in my hands, taught me how to expose for film, and set me loose on a hiking trip in Yosemite to get some photos. When we got back from the trip, he installed a darkroom in our downstairs bathroom and made me develop my own negatives and prints.

So when Meghan asked for that old Hollywood look, I definitely wasn’t just going to pull down the saturation slider and call it a day. I went to FilmConvert so I could choose an actual film stock that I have used and that would have actually been used for the look she was going for. I know what this film is supposed to look like, so I knew watching throughout the color grade process that what I was seeing was that look she wanted. Sure enough, first draft in black and white and she fell in love with it and said it was ready to go out. We also had a very limited time on post-production, so FilmConvert was a must to get a head start on having a great look. 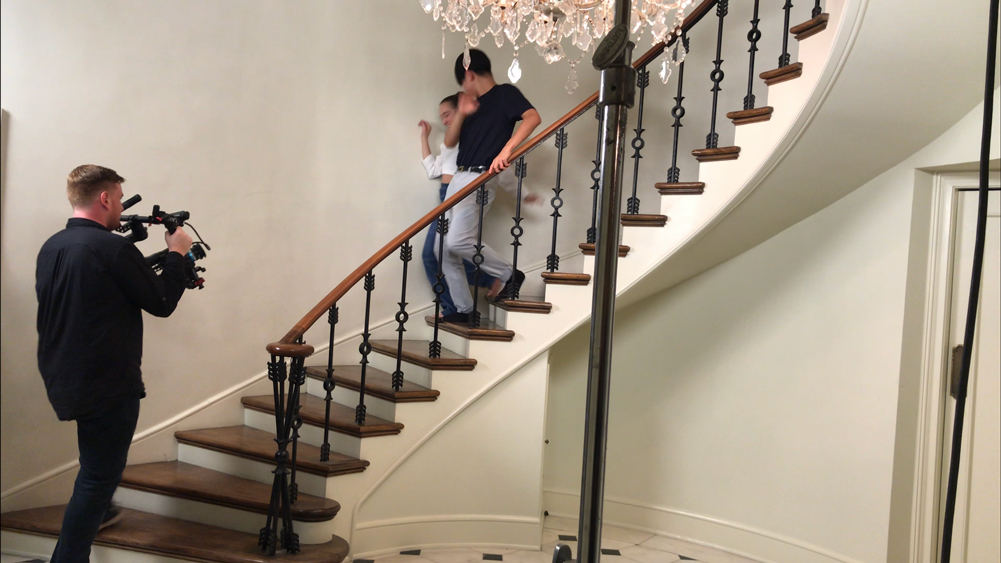 When we were deciding on the look and feel of this video, we talked a lot about old Fred Astaire movies and old Hollywood musicals for the inspiration. Originally there was a much brighter color scheme to the video and we originally going to release it in color. However, Meghan was the one who wanted to go full out with the old movie look. When I heard it I even asked Charm to ask her if she even wanted film grain to make it that authentic and she said yes. That’s when I knew it had to be FilmConvert because most other film grain software just wouldn’t cut it for a Meghan Trainor video.

To film this video I used the C200 with a set of vintage Canon lenses to add that extra level of authenticity. I shot with Wide DR and used the appropriate settings within FilmConvert.

Because I had to shoot with a pushed ISO at the time of filming, I knew I had to make sure there wasn’t going to be too much noise interfering with the grain. So I applied the IL D400 film stock and turned the grain down to 0%. I corrected the image using Lumetri Color, mainly adjusting for contrast, trying to give everything as much dimension as possible since we no longer had color to help us achieve that depth. I think that’s really important when doing black and white, you can’t forget that importance of contrast and making a dynamic image. Being able to fine tune the curve and color in FilmConvert is awesome for that.

Once I had the image looking like I wanted to, I ran it through Denoiser III  to clean up the camera noise. The version that came out of that was a nicely exposed and corrected, unnaturally clean black and white video. From there, I put another FilmConvert filter on, this time turning the curve and color most of the way down (I think I left it on 5%) and set the grain to 45%. This allowed the only grain in the video to be from the film stock, not the pushed ISO. I truly loved this process an will definitely use it in the future.