My path into filmmaking has been a slow and meandering one. I spent most of my early adult life on the road touring in a band where I took up film photography and Super 8 filmmaking. I swore I’d never go digital, but when Nikon released the D90 in 2008, I saw the gorgeous shallow DOF and cinematic looks that could be achieved (and with a budget I could afford), and I was hooked. I started filming music videos, docs, anything I could get my hands on to develop my skills. I’ve always learned well by reading; I devoured everything I could find online and slowly got an education in filmmaking.

Today, I’m a full-time photographer and filmmaker— my work is about 50/50 photography and film. I’m based in the Tulsa, Oklahoma area, but I’ve had the opportunity to travel for documentary projects throughout the States, and in Haiti, West Bengal, India, and in Syrian refugee camps throughout Northern Iraq and Istanbul, Turkey.

A friend of mine, Eric English, had been working on a water project. They were drilling wells on a little island in Haiti called La Gonave, just off the coast of Port-au-Prince. I spent a week filming there in 2010, mostly just promos to help raise money for the organization. I had two Nikon D90 bodies that overheated like crazy. Every ten minutes or so, the sensor would overheat and I’d have to switch everything over to the other body: lens, pistol grip/shoulder stock, viewfinder, battery, etc, and keep filming. There were no real controls other than the manual aperture ring on my Nikkor glass. The D90 was a slippery one to control, but it was thrilling to be able to capture such beautiful footage in such a small package. 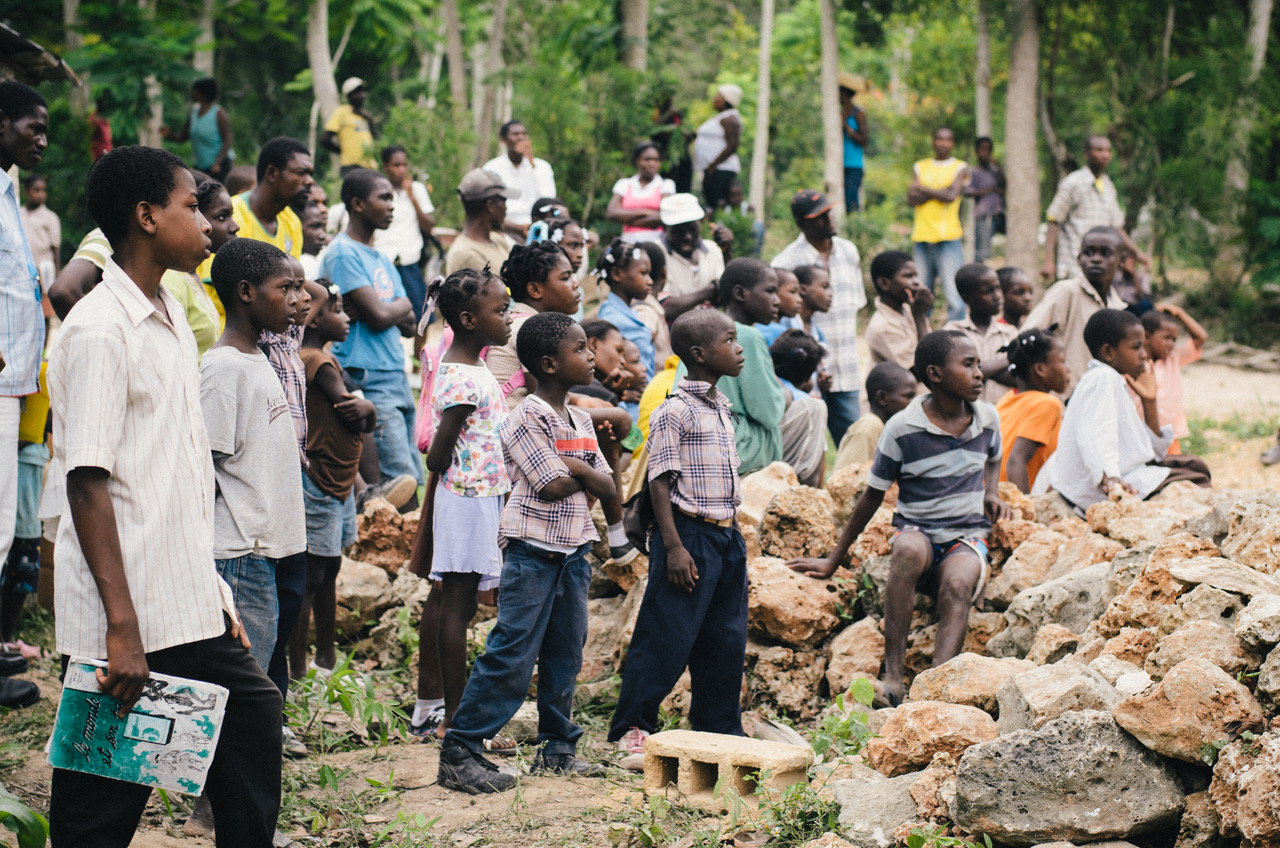 When I got back to the US, Eric and I started talking again. He had loved the film Restrepo, and talked to me about the possibility of doing a film on what the guys were experiencing in Haiti. We originally talked about just doing a short doc, but decided to see if we could make a feature happen. In 2011, I flew to La Gonave to spend a month filming with the drilling crew. This time I had a couple of Nikon D7000 bodies, and man, what a difference! Actual manual control of ISO and shutter speed, and no overheating… too easy. The post work took a long time, it was just me working by myself when I could find time. ‘Mud and Guts’ was finally released in 2013 and got picked up for distribution through Cinedigm.

I honestly can’t remember! I believe I had seen some videos online that had demonstrated the look of footage processed through FilmConvert (maybe something from Philip Bloom?), and I couldn’t wait to try it out. I downloaded a trial version and immediately fell in love.

I really wanted a realistic film look, even with the micro-budget I was working with, and FilmConvert was the very best tool I could find. I absolutely loved the grain, and how the film color and curve affected the footage I had shot. 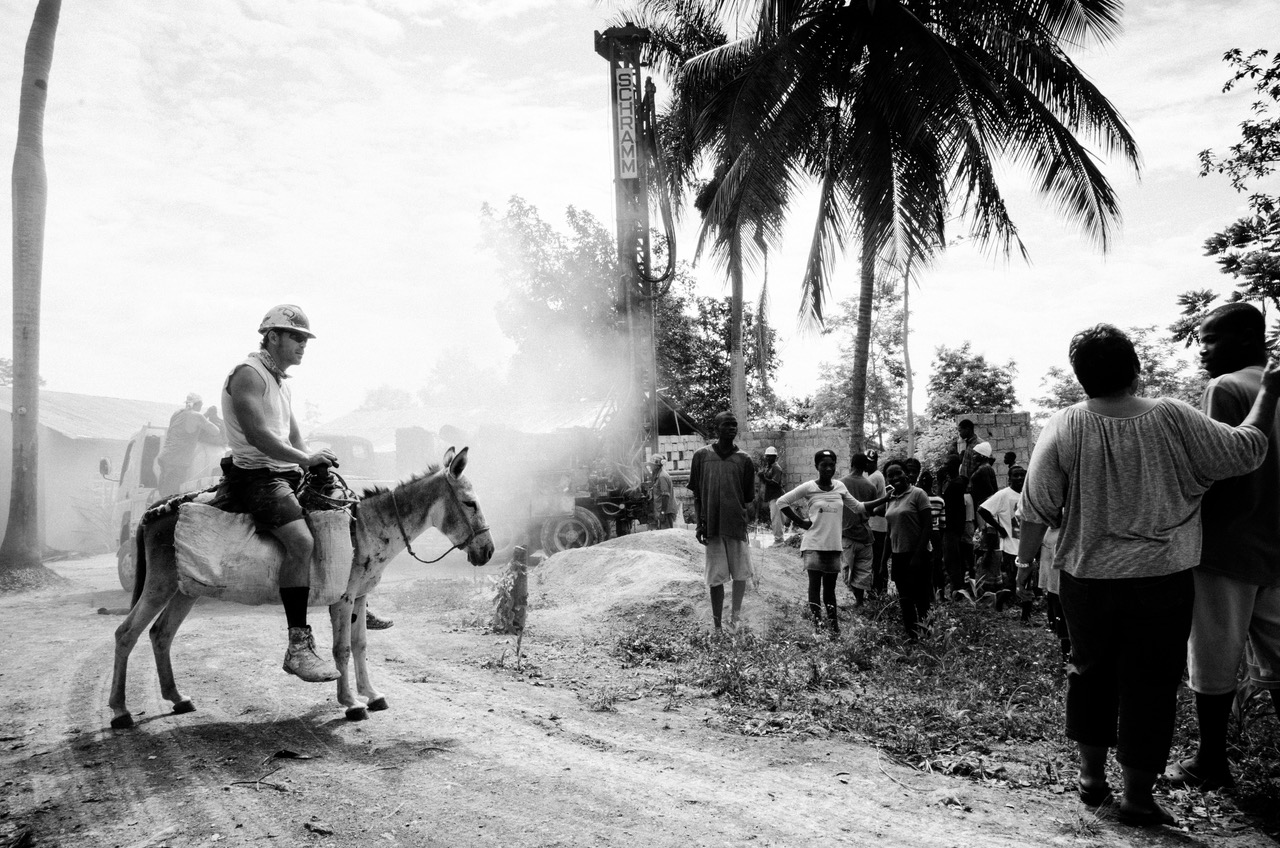 Working and living in La Gonave is a dusty, gritty, rough experience. I wanted to convey the hardships the islanders face on a day to day basis, and also let the viewer feel like they were experiencing everything along with the drillers. I shot it all handheld and got knocked around a lot… it’s definitely not perfect cinematography, but it is real. There were some really fun moments, great closeup interactions with the Haitian kids, and them playing and goofing off with the drillers. Making the film was so much fun, but also exhausting. Every morning, the trip up to the drill site would take a couple of hours in the back of a truck on the roughest “roads” I’ve ever experienced in my life. After a long day in full sun, we’d spend a couple more hours heading back down. We were perpetually bruised from head to toe— one of the guys commented in the film that he felt like he’d been beaten up by a baseball bat. My hope was that viewers of Mud and Guts would get an accurate taste of what living and working in La Gonave is really like. 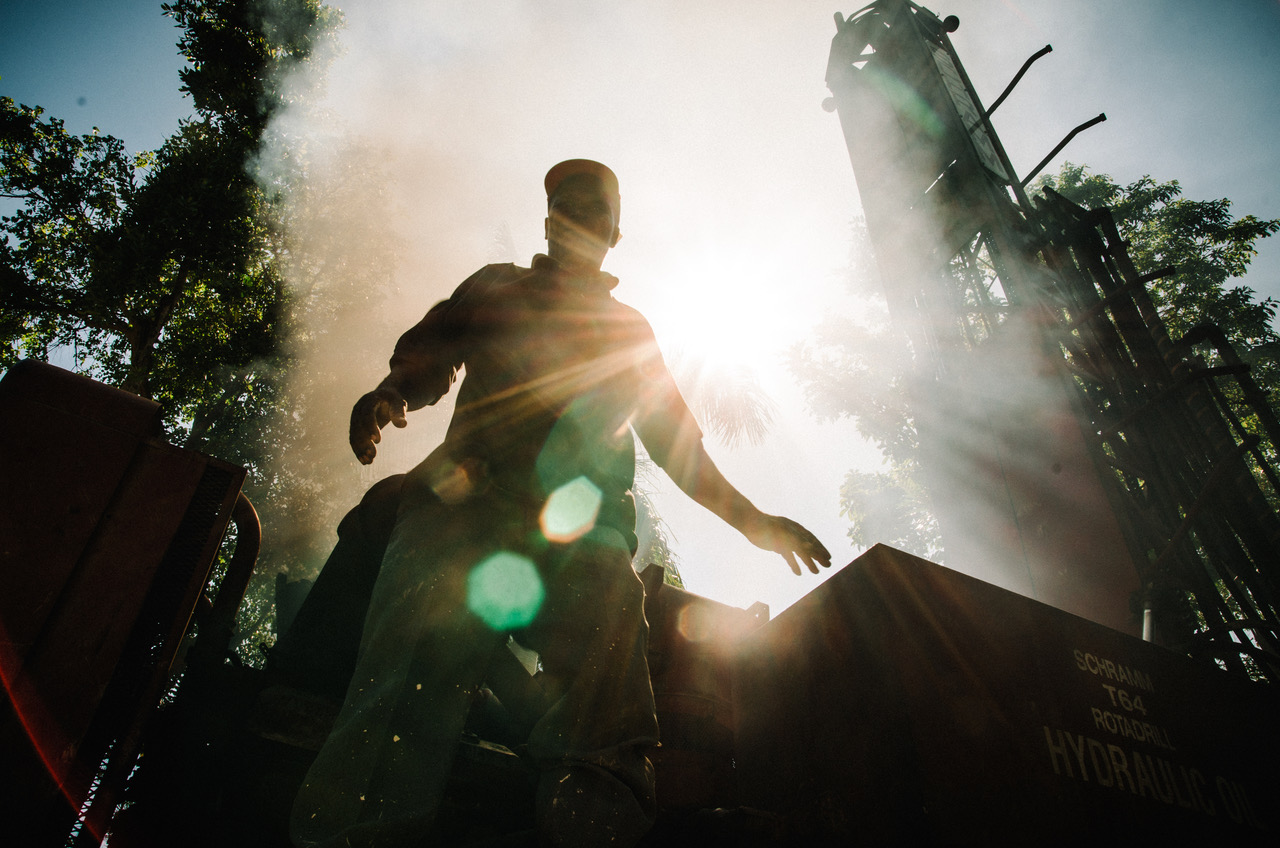 At the time I edited Mud and Guts, I was still working in Final Cut 7; I used the standalone version of Film Convert.

The only tweak I used in FilmConvert was to bump the temperature up a bit— I’m not 100% sure, but I believe it was around 6300. I really liked the extra warmth, and I felt it suited the terrain and people well. I ran all my footage through the standalone version of the software with the same settings, converting them to ProRes, then edited and did some minor final color correction. I loved the warmth and texture that Film Convert brought to the film, it added so much value to an otherwise low budget production. Today I am working in Premiere, and use the FilmConvert plugin in nearly every video project I work on. I really appreciate the incredible software!