‘Finding Family’ is Oggi Tomic’s extraordinary story of growing up as an orphan of the Bosnian war in the United Kingdom, and his decision to head to Bosnia 20 years on from the snipers and shelling in search of answers from his long lost family… 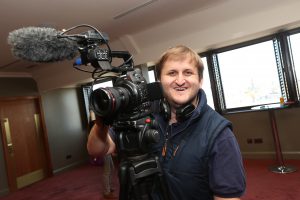 My first contact with the camera was when I was 13, just after the Balkan war ended and since then I haven’t looked back.

I found out about FilmConvert via Philip Bloom who was publishing various projects which included his use of your amazing features after which I had to give it a try on some of our projects.

We thought it would be a great idea to add a bit of ‘film look’ to our footage which was shot using traditional Canon XF300 to try and match it with the filmic look of 5D… now we to use it on most projects for grading if budget allows it.

Nowadays cameras are almost ‘too good’ and ‘too clean’, which is great, but there is nothing better than adding that bit of special look and grain/noise into the image to stylise it… and as someone who comes from a photography background, I can’t help myself but like ‘film-grainy look’ on the occasional project.

With FilmConvert being so versatile, possibilities are endless for freelance filmmakers such as myself.

I tend to use basic Lumetri and then finish it off with FilmConvert. I am a true believer of not doing too much with the material in post as I tend to prefer the documentary ‘clean look’ rather than overcomplicate colors and look.