My name is Alexander Knauer, I’m 25 years old and I live in southern Bavaria, Germany. I work as a freelance filmmaker and photographer since I was 20. At the age of 15 I bought a Canon 600D and from this moment my love for photography was born.

2 years later I started to experiment with the video mode of the cam and first personal short films were shot. Over the years, I gained experience as a freelancer at different film sets, I also worked in different advertising agencies. Due to corona pandemic there were not many commercial projects the last two years, so I did a lot of passion projects as a writer and director.

The last couple of months were good again and I had the chance to direct some music videos, a short film and two commercials. I always try to develop my personal style, at the moment I like bold and contrasty images and colours. 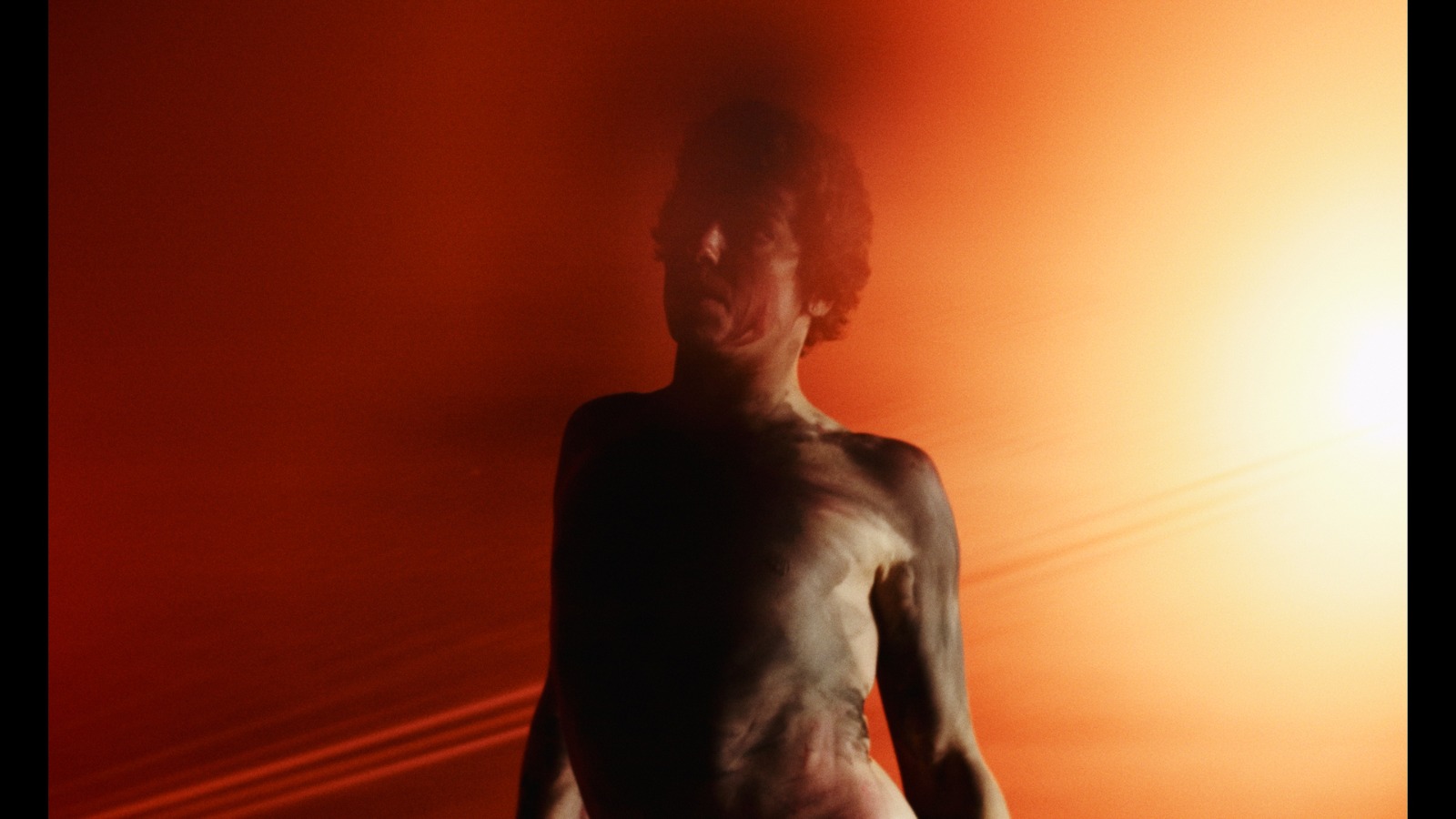 “Change” was shot during “german lockdown” in April 2021. I wanted to do something abstract, a dancy piece of art. I searched for the right music, to get images in my head and when I found this very special track, I knew this could work.

So I told a good friend of mine about the project and asked him, if he’s interested in playing the dancing person. He was very enthusiastic the first moment he heard about it. Big Thanks to him 🙂

Due to the lockdown, there was no crew, just me, my brother and my father. We build up a “studio” in our garden. The walls were made out of foil. Furthermore we painted different sized styrofoam as a symbol of change and different steps of personal development.

We shot at night, it was freaking cold. For lighting we used three Godox VL300 LEDs. The key light was constantly moved by my brother during the shoot, to get this change of darkness and light. The different colour settings stand for the different parts of a life, the good experiences, the bad ones etc. 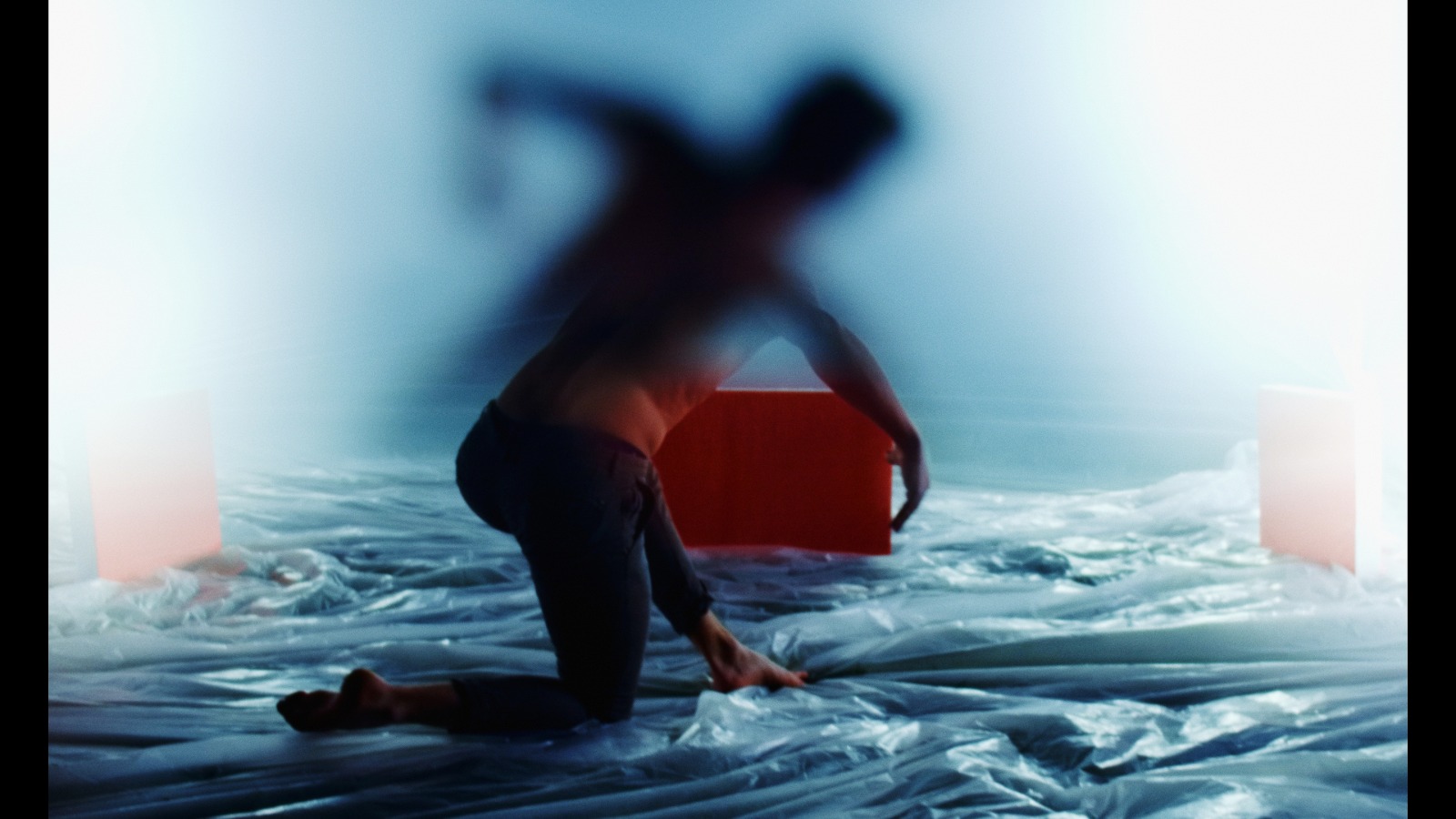 I was always a big fan of analogue shot films, but shooting 16mm or 35mm is very expensive so I searched for another solution. I found FilmConvert while surfing in the web and I was excited the first moment I saw it. I bought it instantly. I wanted to give this film a Super16 look because the big grain looks so beautiful and organic. It looks like it is from another time. The content we shot could be out of another world. So the combination works really good.

I was looking for a bold and contrasty look, the film should “punch” in a viewers face, in a good way of course 😉 my goal was to shoot a film, that is pure art. If you take a random screengrab, it should have the potential to be printed and then be put in an art gallery. 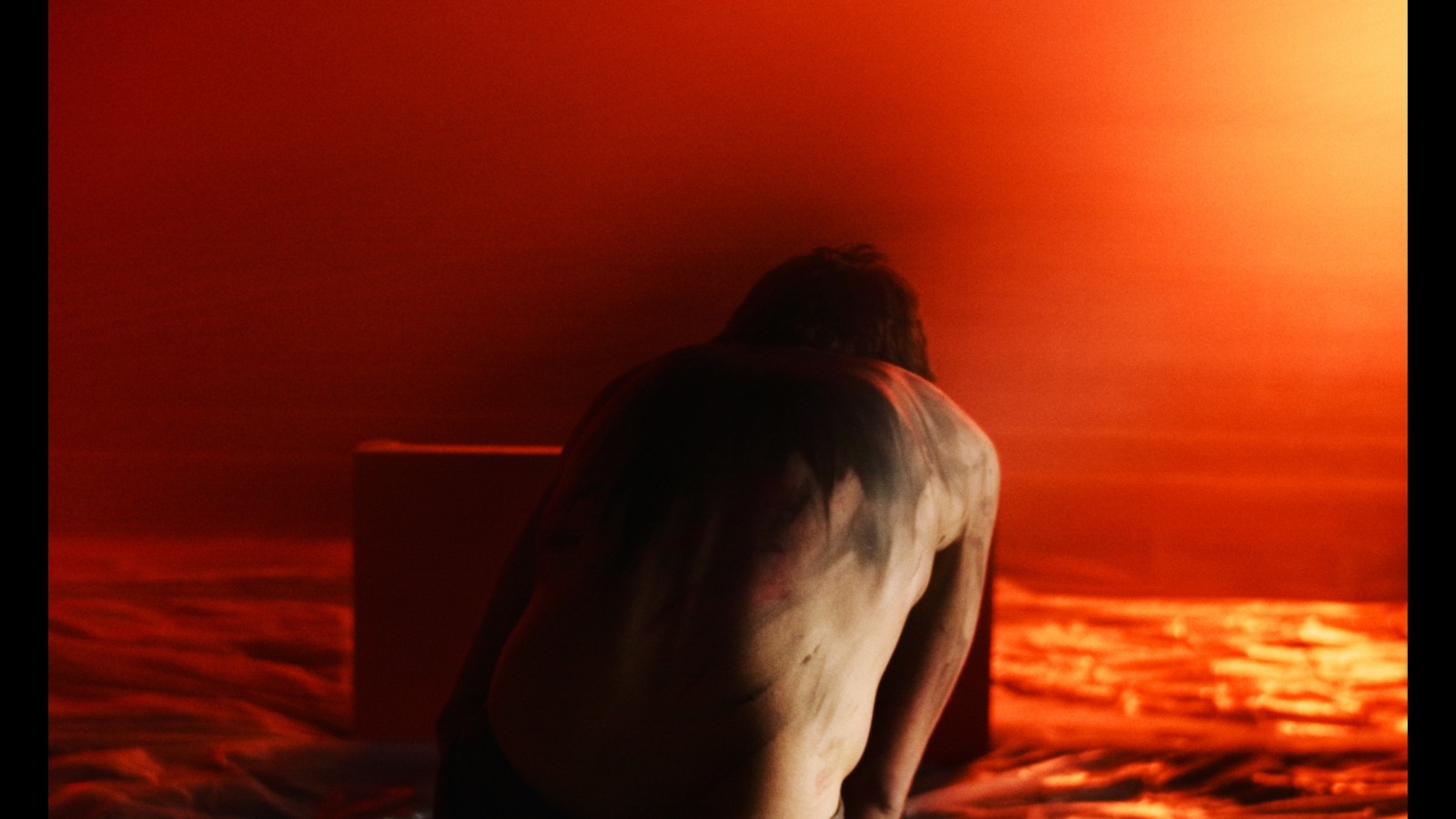 For the edit and grading I used DaVinci Resolve. Most of the grading was done with FilmConvert. I first changed to the right Camera Profile (ZCam E2), the right Grain Mode (Super16) & settings (Size: 25, Intensity: 25) and then tried out different film stocks.

I decided to go with the KD P400 Ptra because of its contrasty look. Then I put up the saturation and played with the exposure (wheels). Then I took another node in front of the FilmConvert Node and adjusted the contrast. This is it 🙂

The whole film was shot with a split diopter from Prismlensfx in front of the lens. In post I added film borders, to get the right Super16 aspect ratio. Some scenes where shot in front of black background with UV Light and UV body colour.