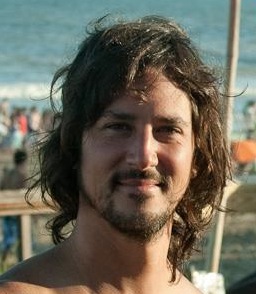 It’s been a year since I started filming. I was born in Santa Cruz – Bolivia and lived the last 8 years between Buenos Aires, Honduras, and Los Angeles. Always wanted to be in the film industry, or at least, writing and filming. At the time that I was about to choose my career, there were no film programs in my country, or at a minimum, not those which you are interested in, so I enrolled in graphic design. I ended up working in advertising as an art director, copywriter and creative director for 12 years, jobs where there was a lot of storytelling tasks, so it was fine. The experience didn’t fulfill me because of the lack of creative freedom and the commercial aspects, which is not my favorite area. I finally quit and began doing what I really love. Now I have 100% creative autonomy and I can keep writing and filming without all the things that were not relevant to me.

I found it Googling for some software to process digital film. Also found some others, but FilmConvert was the best fitted for what I was looking for. It’s a quick and efficient plug-in for my editing software, understands the color film process and works properly with the camera profiles.

Although it’s said, and I think it’s true, that if you want to work on a black-and-white project, you should better shoot in black-and-white profile with your camera, in order to be able to look for the best contrast in real time while you’re recording; I didn’t do that, because at that moment I didn’t know the film was going to turn later into black-and-white. So in the way I’ve used FilmConvert for other projects with great results using color, I wanted to give it a try on black-and-white, and because I knew there was an option to choose various film settings for black-and-white, and the adjustments on the contrast levels are right on hand in a really practical interface. I found FilmConvert would be the fastest and simplest way to work on this case.

The spirit of the short was to make a couple between the rhythm and image. Even though we know that both are rich in nuances and colors, I wanted them to be placed in a gray-scale environment, that way, the contrast in the images will be more substantial, just like the marvelous contrast in the drum beat. I wanted them to both be in the limelight and united in marriage, under the harmony of the editing of course.

I used the Canon 5D Mark III Camera Setting and Technicolor profile. The IL FN FP Film Setting with 0% Curve, in order to have more range to adjust the contrast with the level values, and a 30% of film grain.