Jay Passarella directed this music video by Rayvon Reed, a cover of Zayn’s ‘Pillowtalk’. He had the major challenge of shooting in a very bright environment, while need to keep a natural exposure to maintain the skin tones of the actors in the video. 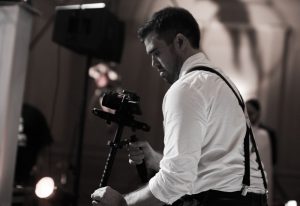 The most important thing for this project was to make sure the white room really popped. The second most important thing was maintaining accurate skin-tones for the singer and model. I wanted to do all of this while also keeping a slightly desaturated/flat look because I felt it fit the mood of the song we were working with.

FIlmConvert helped me achieve all of that with its powerful film-stock settings. I was able to find a setting that gave helped the room pop while also keeping my talent well exposed with accurate skin-tones. I also added some subtle grain that really finished the look for me.

I’ve been in the film world in some way or another since college. I was active in my campus tv station at the University of Delaware and it’s always been a goal of mine to run my own full-service production house/studio.