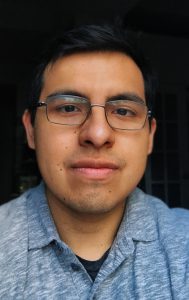 I’m an editor and colorist based out of New York and was born and raised in Lima, Peru. I’ve known that I wanted to make films since I was a teenager and was beyond excited to be accepted to the film program at NYU, Tisch School of the Arts. Throughout college, I never planned on working specifically in post-production, but always enjoyed the process. As time went on, I got a lot of practice editing and coloring other student shorts and grew to love collaborating with my friends and figuring out the best way to tell their stories.

After graduating, I knew that wanted to stay working in the U.S., but I had to somehow to build an impressive reel, in under a year, so that I could apply for a O1 Artist Visa. I quickly threw myself into editing and coloring branded content and found an amazing group of collaborators in the process, many of whom I still work closely with today.  Thankfully, I got the Visa and I’ve been working in New York for four years now. I’m currently represented by Wildchild Post for commercial editing and I freelance as a colorist.

“It Ain’t Me” was produced by Magna Carta which is run by Matt Firpo and Max Guen.  They are an amazing team and I’ve been collaborating with them for the past few years. They brought me on as a colorist and the video was shot by my good friend and frequent collaborator, Todd Martin. It was great working for the first time with the director, Phillip Lopez, who had a very clear vision for the color palette of the piece.

I actually found FilmConvert by chance. I was grading at a post house in the city and I had forgotten to bring my custom LUTs and grain scans with me. I saw that the FilmConvert OFX plugin was installed in their Resolve and I started playing around with it. When I saw all the built-in stock emulation and grain options and how easy it was it to toggle between them, I realized this was an essential tool to have.

The turnaround for this music video was very tight and there were three cameras to match: The Arri Amira, the Red Dragon and a Sony A7s. I graded in Resolve using the FilmConvert Plugin. Being able to select the camera types, pick a film stock, and let the program handle the emulation was a huge time saver.

There are two parallel worlds in the video: the hospital/reality world and the dream sequences. We graded the hospital scenes using a mild teal and orange look and then pushed the dream sequences towards vivid primary colors. The MRI and tunnel scenes act as visual portals between worlds so those shots have hints of both styles in them.

I usually leave FilmConvert as the last or second to last node for every shot. That way, I can do all the primary and secondary correction beforehand and leave FilmConvert do a clean stock emulation. I may do some curve adjustments on a separate node at the very end as a final touch. For this project, I picked the Kodak 2393 stock and 16mm grain at 75% opacity.

After our first round, we got some feedback from the label about making the worlds look even more separate visually. We played around with some OFX effects and ended up using some highlight glow effect at the frame edges during the dream sequences. However, we tried to stay away from using too many effects throughout.