The FilmConvert Short Film Competition for 2019 is now closed! Thanks to everyone who entered. Check out the winning entries below!

The FilmConvert Competition for 2019 is now closed - thanks to all our entrants and sponsors for your hard work and support, and start preparing your entry now for 2020!

Thank you to all the filmmakers who entered their films this year. We're proud to have such a vibrant and talented filmmaking community using our tools, and we can't want to see what you create next!

Hearing a voice inside her head for days, a women reflects about life and existence while doing dishes.

With his incredible charisma and musical energy, he charges everyone he meets on his way. His fate is a vivid example of the fact that a person is able to create his desired future in spite of life circumstances. His story will respond to anyone who has come across a choice: to leave everything as it is or to take a step into the unknown, following the dream. His music is an awakening to life and a manifestation of real feelings. Stephen Ridley is one of the heroes of our time, and we will be glad to meet you with him.

From Mestia to Ushguli
By Johann Böhmer

In 2018, me and my girlfriend traveled to Georgia, a small country in the Caucasus mountains. Only with backpacks and tent we went on a 4-day hike from Mestia to the medieval village of Ushguli, where time seemed to stand still. In this short film I wanted to capture this majestic place and the beauty of this raw landscape.

You've made me see life differently
By Arran Kenny

This really was a stunning wedding celebrating two people that are clearly perfect for each other. As Henry said in his speech, he and Fenella have “grown up together”.

Trans Am
By Nick Andrews

A woman runs from her past, present and future.

Viborg Katedralskole has a history that spans over 900 years, making it the oldest high school in Denmark. We had the pleasure of showing the beautiful and untouched facades, as well as the memories of students across times.

OR OUR OUTRAGEOUSLY TALENTED JUDGES - THANK YOU! 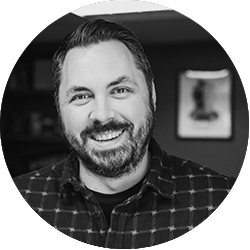 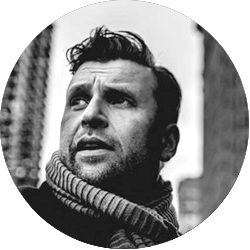 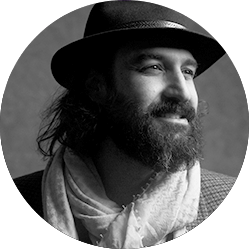 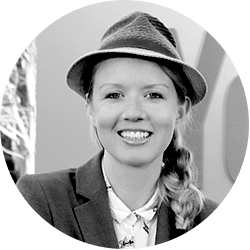 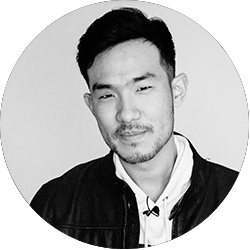 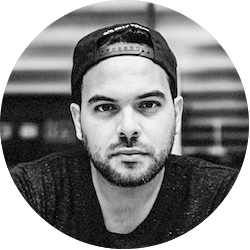 We've got plenty going on at FilmConvert. Our annual competition will be back again next year, but in the meantime take a look around! You can read user interviews from #FilmConvert users on our ColorHub blog, upload your own work in our video section or check out the latest reviews.

Ryan Connolly is a filmmaker, Internet personality, and presenter best known for his web series Film Riot, which has gained over 1.5 million subscribers. He has also written and directed 15 short films, including PROXiMITY, UFOh Yeah, Ghost House, SENTiNEL, and his most recent and largest production BALLiSTIC. All together, Ryan's short films have amassed almost 10 million views.

Philip Bloom is a world-renowned filmmaker who, for the past 10 years of his 27-year career has specialized in creating incredible cinematic images no matter what the camera. Some of his most iconic work was created with Canon DSLRs. As one of the biggest evangelists for their use in productions his website became the place to go to for budding filmmakers as well as experienced ones keen to embrace the new technology. His site now regularly has over 1,000,000 visitors a month.He has become very well known for his in-depth video reviews of various cameras, which have helped many people in the huge decision of buying a camera. His reputation with using small drones like the DJI Phantom and Inspire 1 was cemented when he won Best Travel Film at the 2015 New York City Drone Film Festival for his short filmed in Thailand "Koh Yao Noi". He has since used drones in a number of projects including CNN's "The Wonder List"

Riccardo is a passionate videographer. In addition to unique videos for companies, he also films and cuts passionate wedding films. For him, movies / videos have to get under one’s skin. His wedding videos give the guests goose bumps and make the couple cry. As an Italian from Lake Garda his favorite food is obviously pizza, pasta, risotto. He also loves many other countries in Europe, but also Vietnam. In the off-season, Anne & Riccardo like to travel with a backpack through Asia and are always happy to discover new areas.

Kelsey is the Host and Creator of Premiere Gal, a filmmaking channel focused on practical video editing and production tips with over 160k subs and 8+ million views. She authored several courses on video editing and had designed motion graphic templates for clients, including Adobe. She is passionate about teaching and sharing new tools to help people harness their creativity and turn it into success.

In addition to running her own video marketing business, Gal Media LLC, Kelsey runs the Wipster Ambassadors Program where she works with other creators and YouTubers to promote the video review and collaboration tool

Ted Sim is the Host and Executive Producer of Indy Mogul, the webby-award winning filmmaking channel with 1 million+ subscribers. As both a creator and entrepreneur, he is passionate about not only education, but also helping other creatives succeed. His company Aputure is the fastest growing cinema lighting company and gives indie filmmakers worldwide the chance to compete regardless of their budget.

Matteo Bertoli was born in Brescia, Italy on July 12th, 1988. In 2011 Matteo received a degree from the University Cattolica del Sacro Cuore (Brescia) in "Sciences and Technologies of Arts and Entertainment". In January 2012, Matteo began his full time career as a freelance director and cinematographer in Italy. After a short period of time in his home country, he decided to move Dublin, Ireland, where he directed and shot his first short film "Brenda". In January 2016 Matteo moved to California and, after obtaining an O1 visa, started shooting commercials, brand videos and short documentaries. He worked and collaborated with a large variety of brands including Apple, Nike, Adidas, Verizon and many more. In November 2018 Matteo shot his first feature film as director of photography.

PRIZES FOR EACH CATEGORY

The FOCUS OLED is a very sharp, wide color gamut, touchscreen monitor that’s easy attach to a camera or rig, with the included SmallHD Tilt Arm

Using the monitor’s 7.2 volt power output and camera specific adapter cables, operators can use one battery to power their camera and monitor for several hours.

Beyond the impressive hardware features of the FOCUS, is SmallHD OS3: a professional software toolset with an easy to manage, touchscreen interface. High resolution Scopes, Waveform, False Color, Focus Peaking, and real-time 3D LUTs are just some of the tools you can easily customize and access quickly.

The RØDE VideoMic Pro+ is the market leader true shotgun microphone designed for use with camcorders, DSLR cameras and portable audio recorders as a source of primary and reference audio.

Wireless GO - The Wireless GO is the world’s smallest, most versatile wireless microphone system. With the Wireless GO, content creators can worry less about complicated technical set-up and concentrate on what they care about – filming great content. Power it up, pair it, clip it onto your shirt, blouse, tie or jacket and GO.

The EOS R Series resets the standards for speed, detail and intuitive design. Unsurpassed image quality comes to life through the fastest and sharpest lenses. Even in low light, images take on a new dimension with the world’s fastest autofocus for a full-frame camera. A suite of features including 4K video, lens control ring and viewfinder sit at your fingertips, with a revolutionized body delivering intuitive functionality and operation.

Record dynamic multi-axis pan and tilt camera moves for both video and time-lapse with a mirrorless or DSLR camera.

Connect to the Genie Mini II Pan & Tilt Kit wirelessly with the Syrp Genie 2 App, a beautifully simple iOS and Android App that accommodates both beginners through to experienced filmmakers equally.

Filmstro is the world's first customisable music library. Adapt your music using the momentum, depth and power sliders to get composer-like control over your soundtracks. Filmstro is also available as a plugin to use directly inside Adobe Premiere Pro 2017.

Take control of your soundtrack. Create unique and moving soundtracks for your films and videos. Three sliders, infinite possibilities. No musical experience necessary.